Here is just a quick highlight of a photo that looks so nice it's worth sharing.

This photo of a BNSF GE unit at Palmer Lake is from Flickr user Bob, whose recent work on the Joint Line shows a good deal of promise. He shoots army tanks in the fog, too! If nothing else, his buying an SLR would not be wasted money! Great work, Bob! I hope to see more soon. ⚒

I've been watching Alec, a vlogger--I hate using that word, but it is what it is, and his channel called Technology Connections for more than two years now. He has a knack for asking the questions I've always wondered about American technology like,

Alec took a cross-country trip on Amtrak this past August and, being an Amtrak newbie, he splurged and bought a roomette ticket. He admits he's not a railfan or a travel blogger, so it's not like he has all sorts of tips and tricks. You can get those elsewhere, one might hope, anyway. His route was from Chicagoland to sunny San Diego by way of LA and the Southwest Chief.

En route, Alec posed some very interesting thoughts and--this is why I watch him folks!--he nailed one of the main reasons why long distance rail has struggled in America. Nevermind that passenger rail was usurped by an independence-minded but vastly inefficient technology like rubber tires-on-asphalt. Nevermind that Amtrak was never supposed to make money--he got that right too, however. He said essentially that while the cost of a sleeper ticket is mostly out of the range of most Americans, additionally, working people in the USA are too time-poor to be able to splurge 3-5 days on travel. If you want to make a trip to the east or west coast from Colorado, you book it through DIA and not DUS not because "getting there is not half the fun!" but because your damnable HR policy only gives you one weeks vacation the first three years, if you're lucky! That's not right, and we all know it.

The USA is not in an emergency. We are not even trying to beat the Russians to the moon--we're just trying to get there sometime soon. We're not even trying to keep someone else from subjugating the world, like we did in WW2. We are working ourselves to the bone and why? Our kids need us. Our families need us. Our lives need us. We last added a day to the weekend over a century ago and productivity soared! Doing that again isn't a terrible idea. Certainly adding some more time off would help.

I'm not saying we overturn society. I'm not advocating a shift to communism. I'm saying we need to give our employees time to live a life worthy of the effort of living. The rest of the world gives their employees a much more sane consideration. It's time we do too. Until we do, reasonable rail travel will continue to be a luxury and worse, society will continue to slide downhill. No, I am very serious.⚒

If you subscribe to Colorado Railroads by email, changes are coming. Our syndication is through Feedburner, once an independent company that, after being absorbed by Google, is scaling back its service to just an RSS service, without its helpful email administration. Blah blah blah, corporate-speak, technogargle technobabble blah.

What this means is that until I find an e-mail service, probably something like Constant Contact, further email contact from Colorado Railroads may be in doubt. If you like what content I've been able to provide and want to keep hearing from me, please let me know. That way, whatever happens, I will be sure to keep you in the list. Hit reply or click here. I hope to hear from you soon!⚒

Earlier this month, Union Pacific's Steam collective in Wyoming needed to stretch their Big Boy's legs before beginning their summer trip to New Orleans. A quiet trip to Denver seemed to be in order. Intrepid Denver-based rail photographer BUFFIE caught up with UP 4014 leaving Platteville on the trip back north to Cheyenne. The threatening skies and ideal lighting and classic black-and-white subject make it an easy candidate for Photo of the Day.⚒

It's been a while since we've done an Ask the Editor. Here's one from the e-mail bag, which lately has been overflowing.

Last February, we had a chance to see the Tehachapi Loop in California. I'm told something similar is here in Colorado between I-70 near Wolcott and Steamboat Springs.  How would I find it?  Thanks, Ken Harris

Interesting! I think you might be referring to the loops near Bond.

It does not loop over itself, but it does use some significant grade and reversing loops to "cut the contours" or gain elevation. This was part of the Moffat Road beyond the Dotsero Cutoff, which was built by the Rio Grande after they bought up the Denver & Salt Lake Railroad as a means of shortening their Denver to Salt Lake City mileage.

If you hadn't prefaced it with the Wolcott to Steamboat location, I might have just assumed you were being pointed at the Georgetown Loop!⚒ 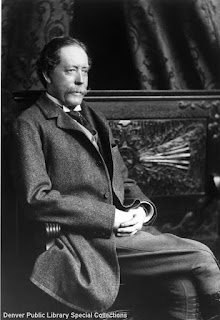 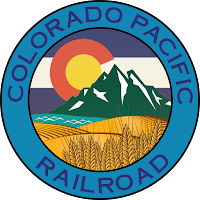