One area of lasting interest by railfans and historians in Colorado is Alpine Tunnel. Built by the Denver, South Park & Pacific Railroad in 1881, it connected Denver and locally Leadville with Gunnison, reaching the station on the west side of town in 1882.1 Crossing beneath the Continental Divide, the tunnel carried traffic in all seasons until the line was abandoned just 28 years later in 1910 by the Colorado & Southern after a partial cave-in. The Denver & Rio Grande, having connected Denver to Leadville and across Marshall Pass to Gunnison, had siphoned away most of the business between these points.

This video by YouTube member Searching for the C&S narrow gauge is of such good quality, I had to share it. It has almost a Google Earth-like quality to it, showing the west portal and climbing high to peek over the Continental Divide at the approach to east portal while remaining over the west side. It is a unique and compelling viewpoint that until recently was impossible to get in such detail and resolution. Frankly, I was amazed to see so little vibration or wind for such a high and weather-intense location.

As you can see from the video above and this look at the east portal, the portals have both collapsed long ago, sealing off the tunnel itself from any would-be explorers. Nonetheless, the site attracts visitors from June into September each year. All other times, it is covered in snow, often dozens of feet deep. ⚒ 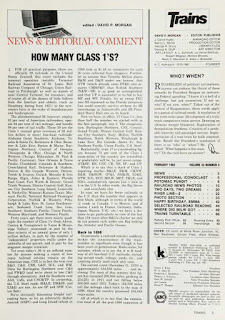