The results are in with the reader poll. This was one of the longest running polls in CR history, running 200 days or 6 months, 2 weeks, 3 days (half a year, half a month and half a week!). The question was: If you had $5 Million to spend on the Colorado Railroad Museum, which options would you pick? While voters could pick more than one, they did weigh in with a majority. Here are the options ranked by total votes.


Thank you to everyone who voted!◊ 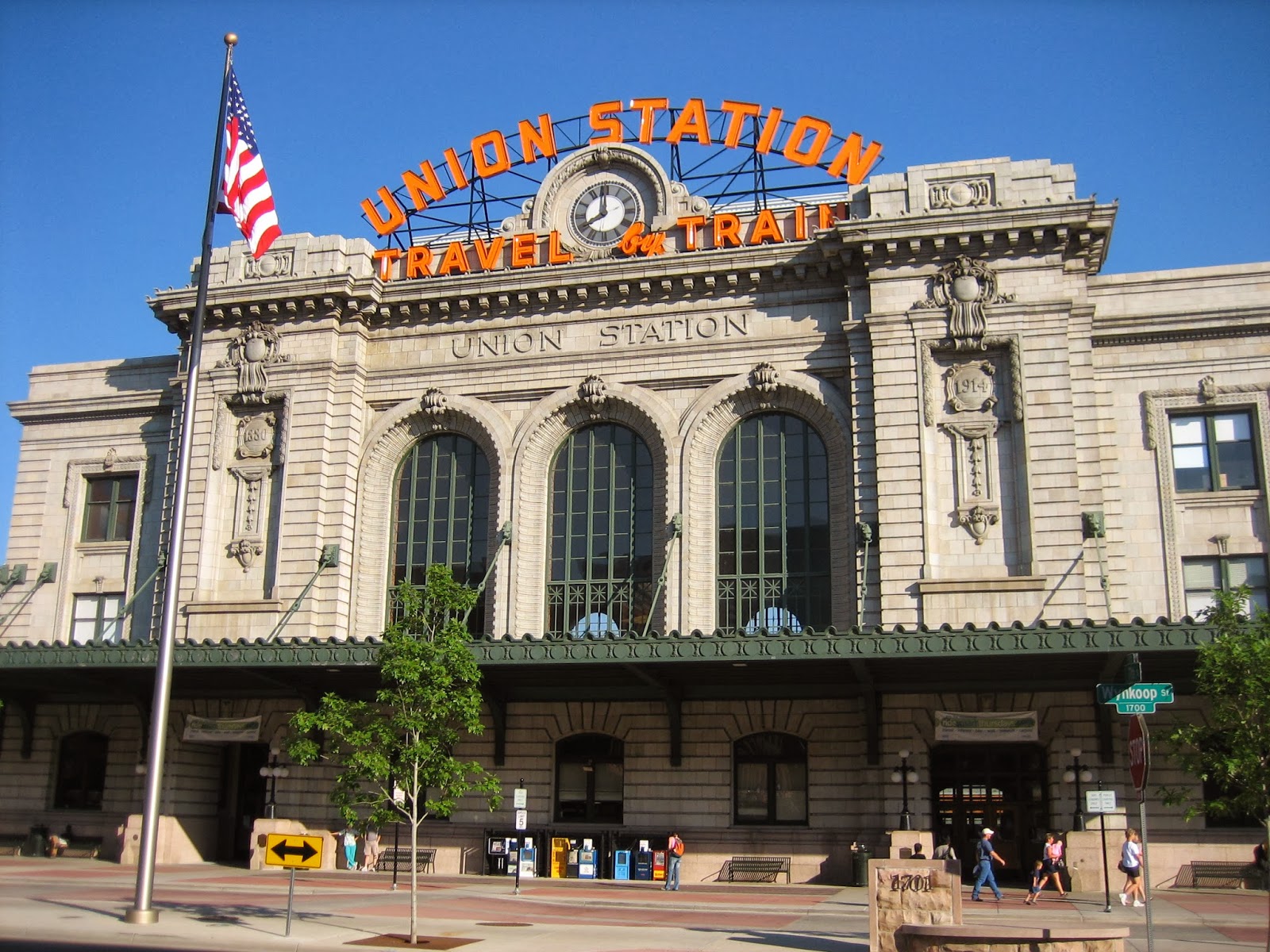 Only hours remain for you to vote in the Colorado Railroad Museum poll "What would you do with $5 Million at the museum?" Take a look at the top of the right-hand column and voice your opinion!◊

Railfans Hope For A Little Coal In Their Stockings

If you're a railfan, you've likely dreamed of firing up a steam engine and highballing it on the main line. Christmas brings those dreams especially close. To all my railfan readers and friends, enjoy this for your personal use.

Have a warm, safe and blessed Christmas, and a happy new year!◊

Hovercams Growing From Toy To Tool

I get a little excited about a new technology on occasion, or an old technology that suddenly made the leap into an affordable price bracket. Since yesterday, I've been contemplating the Parrot AR Drone 2.0. Yes, you read that right: a drone.

Like a model helicopter, it flies using rotating blades. Like some copters, the drone takes pictures or video in HD. Unlike a helicopter, it has software and a hi-tech control suite that keeps the drone from crashing as easily. Notice I didn't stop at the word crashing, because I'm sure it's possible to crash these. Yet how many potential photographers have shied at the prospect of model aircraft or rotorcraft due to the likely prospect of turning a $1,500 work of art into a decorative bench ornament or worse, that eyesore sticking out of a neighbor's roof.

Is a Parrot Drone or any of its competitor's creations just a toy or is it a valuable tool that photographers can use to check out locations or even use to produce an image? Could this toy/tool be used to photograph trains, or capture video of sufficient quality? One store is already quite willing to let serious photographers find out. 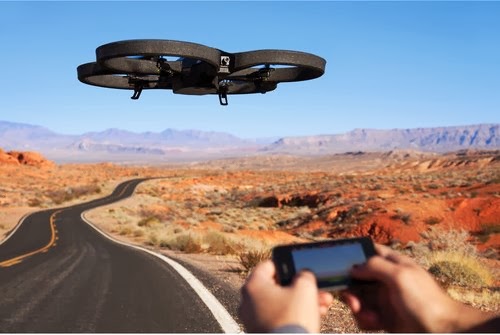 Imagine a dolly shot starting on one side, going up and over a moving intermodal and down the other side moving against the trains direction of travel ...without the dolly or the time and effort it takes to build such a rig and put it in place. What about programming a course to fly via GPS when the train comes by, hitting "Go" as the train passes a certain spot and, while the drone does it's thing, you rip as many frames as your dSLR will let you, just like before?

I'm beginning to wonder about other uses. How could Union Pacific or BNSF, or even San Luis & Rio Grande use this? Railroad police could use it to inspect those areas of the yard that aren't as accessible or safe as they'd like it to be. What about using one with a track crew to survey ahead of a boulder that's blocking their high rail vehicle or getting access to see if the string of coal cars are all empty and not just the first three? Some benefits might just be worth the expense, especially if a company smartphone or tablet can control it with no special training for the employee. There are applications that may only present themselves after they spend a few weeks out there. I wonder if there's a division or sub already using these.

What about you? Would you buy one or rent one?

Thanks to B&H for letting me steal the photos of their fine product.◊