This short film, The Railroader - Lessons Learned From a Lifetime of Working On a Historic American West Railroad, is currently in National Geographic's Short Film Showcase. Says NatGeo, "Filmmakers Annie and Russell O. Bush tell the the story of those who built and maintain this American tradition through the lens of lifetime railroader John Bush in this powerful short." 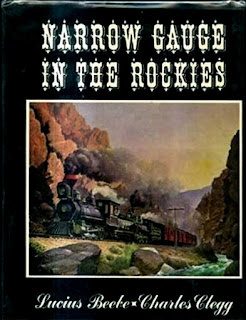